Today was the “big ultrasound” day. Or, in my world, PICTURE DAY.

Marissa was kind enough to invite us to her appointment and see baby boy in action. I’ve only been in an ultrasound appointment one other time, and that was when my friend Elaine found out the gender for her beautiful little girl. I felt blessed to be invited then and today was no different. It’s such an intimate appointment.

We found out rather early what the gender was. Technically, we should’ve found out today. However, we had a sneak peek. Marissa’s mom text me this morning and said she dreamed we found out it was a girl! My response?

Hospitals are fancy. Is this just a Utah thing? Vaulted ceilings, cushy couches, beepers like you’re at a restaurant waiting to be seated… Bryce was disappointed they didn’t have a fish tank. He says a fish tank would’ve elevated the fanciness. We sat and waited and talked about lots of things. Disneyland came up, as it usually does.

The buzzer went off and we proceeded into the room. It was small. Bryce and I sat in two chairs next to each other, Marissa on the important chair, and the nurse sat on a yoga ball. The nurse said this is a moment for selfies, so we obliged.

Here we are chillin in our chairs waiting for the flat screen tv to fill with images of baby boy. 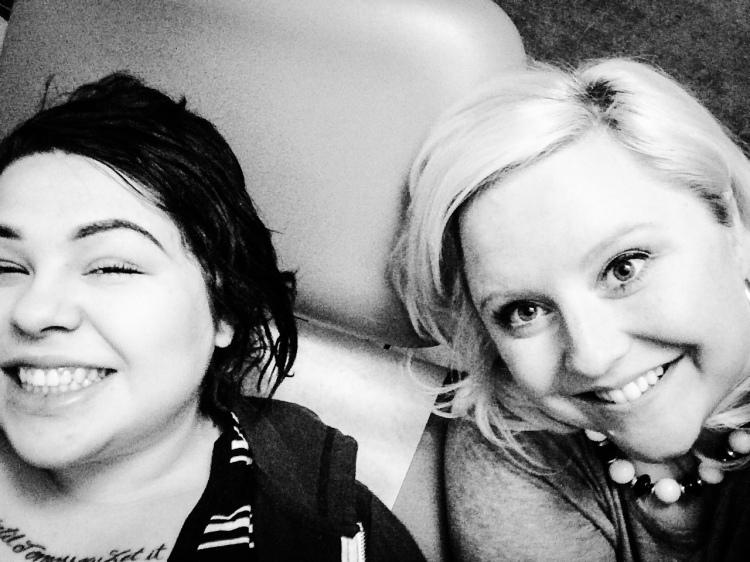 Here I am encroaching on Marissa’s space to get a selfie. She’s sweet to indulge us.

I don’t know what I was expecting, to be honest. Doctors and nurses seem to get right into things, whereas I expect chit chat before hand. When we had infertility testing the doctor got straight to business. This appointment was no different. Within seconds the goo was placed on Marissa’s tummy and the tv screen came to life.

First, we looked at the heart. I honestly have no idea what I’m looking at. Bryce is all smart (#science) and asking educated questions like “Can you tell if there are signs of Spina Bifida” (there wasn’t) while I’m like “What does the blue and red colors mean?” Turns out, that’s actually not that stupid of a question as it indicates which direction the blood is flowing. Who knew!

While the nurse was doing her thing and Marissa was feeling uncomfortable with the ultrasound doohickey pressed into her stomach, Bryce and I sat there quietly and watched. He ran his fingers through my hair and I leaned into him. Quietly watching.

It wasn’t until I heard the heart that I got a little emotional. Seeing all the pictures and the movement didn’t move me – but the heart did. I told Bryce this on the drive home and he thinks it’s because hearing the heart shows us life. How did you parents respond to picture day? Were you a blubbering mess? Was it surreal? Overall, it was surreal to us.

Turns out, little boy is indeed a little boy. We have proof! I won’t post a picture of it because he has been very shy in showing it (sitting criss-cross-applesauce every time Marissa tries to get a peek).

After the nurse went zooming around making sure all the vital organs were in place and everything was looking fine and dandy inside his little body, it was time for some glamour shots. 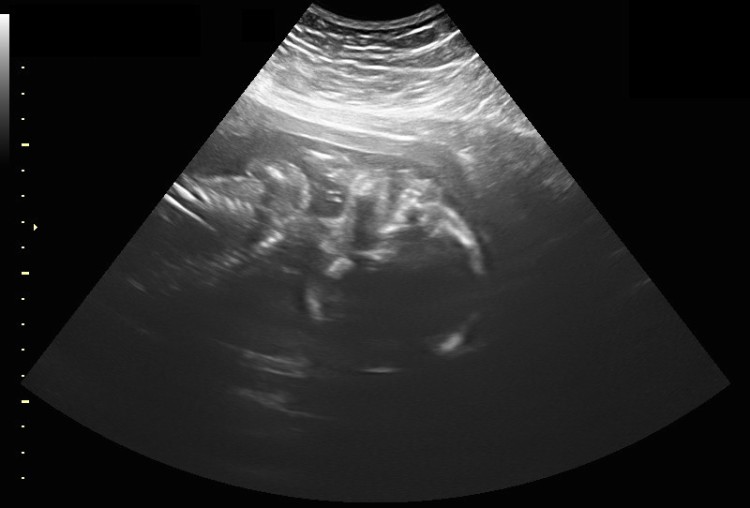 He’s getting big. A full 1 pound to be exact.

Then it was time for the 3D pictures. It was difficult to get a good one because this little dude LOVES to suck his thumb. Every time the nurses try to take a photo, he’s got his thumb in his mouth. I was a thumb sucker. I understand.

From what we could tell, he’s got an adorable nose. His hands are always in front of his face or he’s sucking his thumb.

After the appointment, we went to lunch and discussed photographers for the hospital. I’m super excited to have fancy photos taken. I want to capture EVERYTHING. Well, not everything. Some things should never be photographed. But most things.

We still don’t have a name we agree on. I’m wondering if this will end up being a decision made when we finally see his little face (and that cute nose). Thank you everyone for sharing your favorite names with us on Facebook. It’s been fun to see what everyone likes. Even at my office a thread of emails happened where suggestions were made. Let’s just say it got a little crazy and names like Ricky Bobby and Thor were suggested. We’ve also learned we aren’t a fan of biblical names.

Naming a human being is hard. Looking at adorable pictures of him was easy.